Important
You are viewing the archived documentation of TiDB, which no longer receives updates. It is recommended that you use the latest LTS version of the TiDB database.

TiDB Lightning is a tool used for fast full import of large amounts of data into a TiDB cluster. You can download TiDB Lightning from here.

Currently, TiDB Lightning supports reading SQL dump exported via Mydumper or CSV data source. You can use it in the following two scenarios: 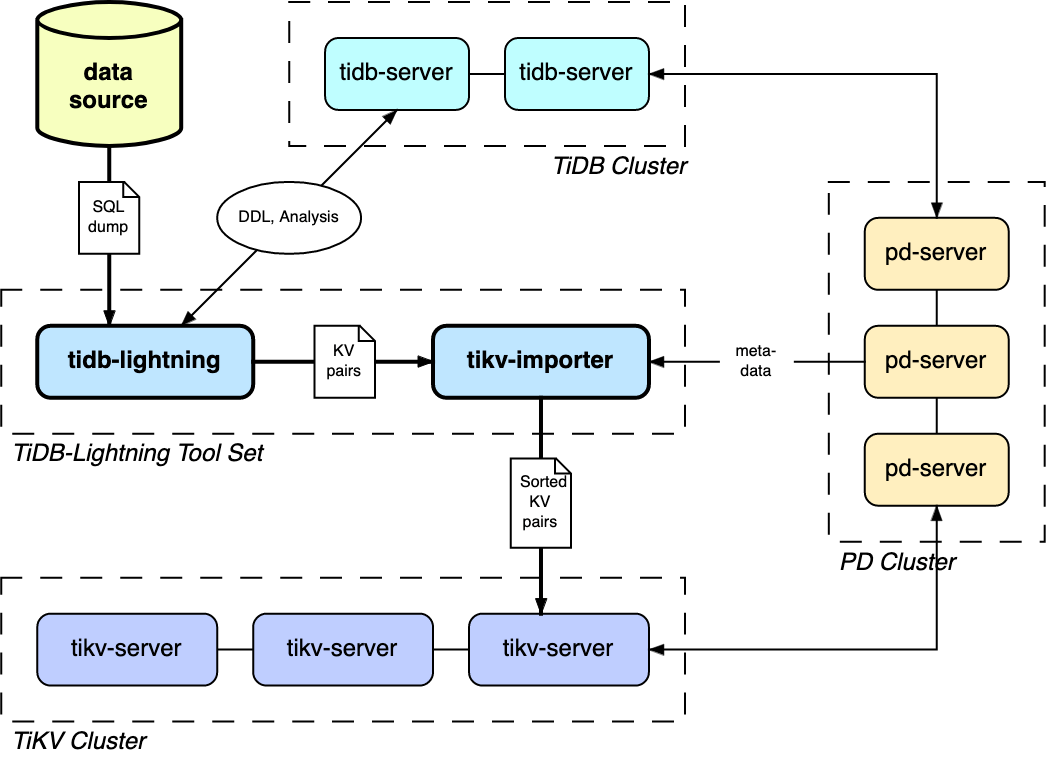 The complete import process is as follows:

TiDB Lightning also supports using TiDB instead of Importer as the backend. In this configuration, tidb-lightning transforms data into SQL INSERT statements and directly executes them on the target cluster, similar to Loader. See TiDB Lightning TiDB-backend for details.